Kaliningrad is a Russian city situated in the western and European part of Russian Federation. The distinctive feature of Kaliningrad is that it is the only Russian city that is separated from the rest of the country by the territory of two European states – Poland and Lithuania. Kaliningrad is located on the shores of the Baltic Sea and was formerly called Königsberg (that was the capital of East Prussia). Historically German city it was strategically important place during the Cold War. This is one of the most unusual Russian cities, that is a weird mixture of the European history and Soviet past. The main sights of this city are: the island of Kant, where the great German philosopher and resident of Königsberg was burried; several city gates, Old Catholic churches and the survived districts of historical German buildings. Also Kaliningrad and its region is the center of amber mining in Russia.

City tour in Kaliningrad comprises visiting the most important sights of the city: Victory square, sculpture “Fighting bisons” in front of the Königsberg Land Court, a monument to Peter I in front of the main office & headquarters of the Baltic Fleet, a drama theater, the area of old German villas Amalienau, defensive fortifications of the city, Royal and Rosgarten gates. You will see the only Amber Museum in our country, which is located in the fortress tower of the mid XIX century in the center of Kaliningrad, on the shore of a picturesque pond. You will also visit the main Cathedral (an example of North German Gothic of the XIV century),

where the tomb of the famous philosopher Immanuel Kant is located. You will learn the history of the main church of the city, about the University of Albertina and, of course, about Königsberg itself. It is also possible to visit to the Marzipan Museum at the Brandenburg Gate. Besides the city tour we suggest you to make an enjoyable excursion to Kurshskaya Kosa (‘Curonian Spit’) – amazing site located between the Kaliningrad region and Klaipeda (Lithuanian city). This narrow sand strip is a unique natural reserve, the object of UNESCO World Heritage. The peculiarity of Spit is that it gathered

different natural worlds at one and the same territory – and this is why it is often called the «museum of climatic zones». We also can offer you an exiting guided tour to the village Yantarniy (‘Amber village’) on the Baltic Sea, that is famous as a place for industrial production of amber. You will visit the observation deck of the state amber quarry (mine) and learn how amber is mined and you also can try yourself in the role of an amber seeker. There is an Amber Pyramid, sitting in which, you can strengthen your health with the positive eradiation of the pyramid enhanced healing properties of amber.

The history of Palmniken (the old name of this village Yantarniy). The history of this village Yantarniy is the story of a working village. Here you will learn how amber mining developed. The second half of the XIX century became fatal for these places, but the most important architectural items in the center of Palmniken has been kept so as you will see its importamt sights and monuments. We usually suggest to unite this tour with the excursion to Svetlogorsk – a delightful place of the Kaliningrad’s seaside, the famous sea and climatic resort, the magnificent mixture of architectural and green sights & landscapes.

There you will see the organ hall is the former Catholic chapel “Mary – the star of the sea” lockated in a beautiful garden; Water Tower, water and mud baths; complex of buildings of the ‘kurhaus’ (resort), private villas and etc. Another tour option is visiting a town Gusev – a place of historical heritage that deserves your attention. In the XX century this city participates twice in the war actions – in the Battle of Gumbinnen on 19-20 of August in 1914 (in the initial period of the World War I); and in the Gumbinnen breakthrough – events of October 1944 – January 1945 (the final period of the World War II). You will see

the monument to Captain Sergei Gusev and the Walk of Fame (‘Alley of Fame’) – the sights that are reminders of the World War II. In this memorial complex (Alley of Fame) you can also see the monuments to the international soldiers and heroic participants of the Chernobyl nuclear disaster elimination. Usually this tour is combined with the excursion to the town of Chernyakhovsk, where you will get acquainted with some attractions of the War against Napoleon: Monument to M. Barclay de Tolly in the central square; the house where Napoleon stayed in 1812. And you will also visit to the Georgenburg stud farm,

that might include the optional horseback riding (upon your request and desire). There you will learn about the history of horse breeding in these lands by visiting the Georgenburg stud farm in the local village Mayovka (‘May Day’). The pride and glory of Prussia was the Trakenen breed of horses bred here. Horses of this breed, as well as Holstein and Hanover are bred at the Georgienburg stud farm. The territory of the stud farm has preserved many historical buildings: ancient stables, a huge hayloft, turned into a closed arena, territory for walking and training, as well as a modern competitive field where competitions are held in this sport.

You will get the joy of communicating with horses, the pleasure of watching these graceful animals. One more interesting place in Kaliningrad region is Baltiysk – a city of military sailors; the base of the Baltic Fleet, previously closed for free access. You will learn the history of the formation of the fleet from the time of its foundation by Peter the Great. During a walking tour in the historical center of Baltiysk you will see the main attractions of the city: the Swedish fortress (founded in the XVII century and rebuilt in the XIX century), Reformed Church, courthouse (now the Museum of the Baltic Fleet). You will see ships standing

at the berths along the shipping channel and the sea channel, the city’s water towers; railway station building; monument to Lenin; barracks of the imperial period of time; the Memorial to the Soldiers, who fell during the Pillau assault; the famous lighthouse and etc. Then you will go by ferry to the Baltic Spit – a narrow strip of land washed by a fresh bay and the Baltic Sea. On the sea side we will see the ruins of the Fort of 1869, German hangars for seaplanes (hydroplanes) – the old airdrome. 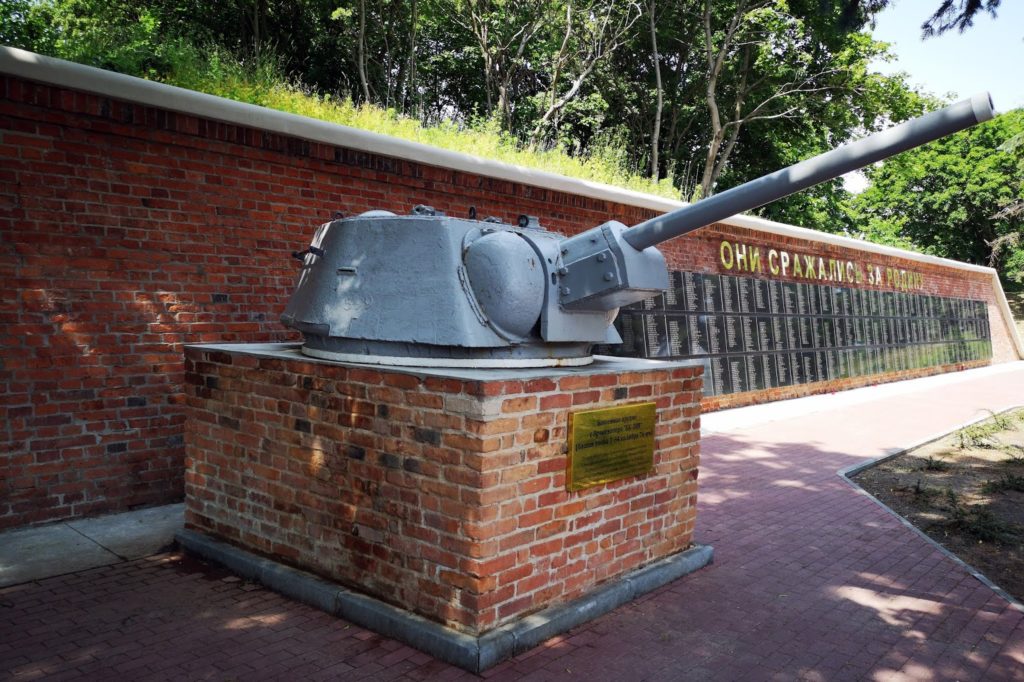 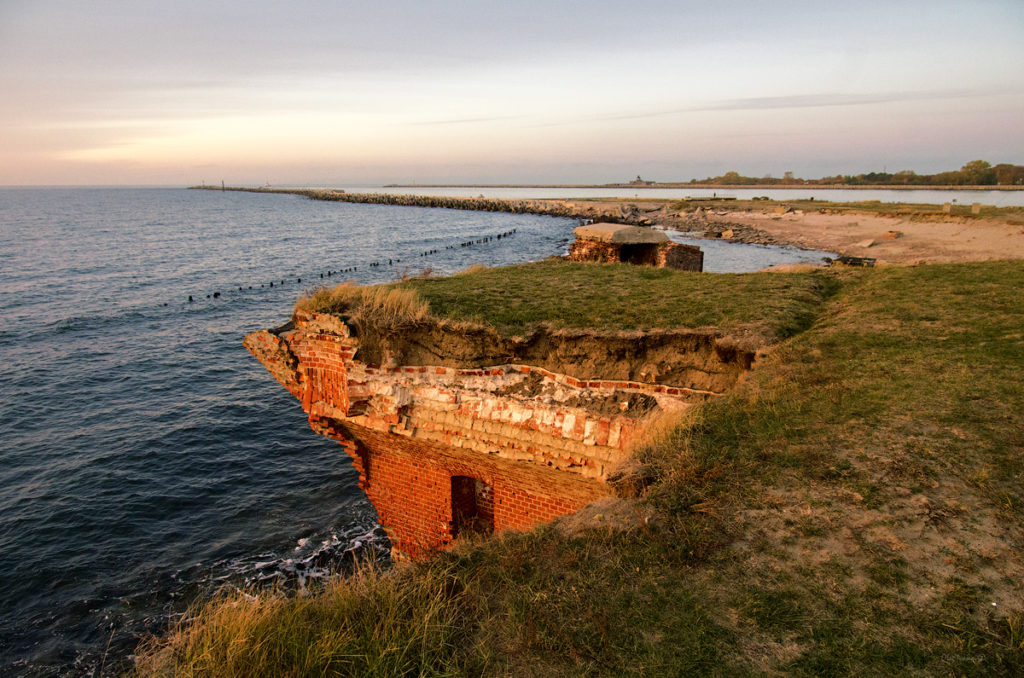 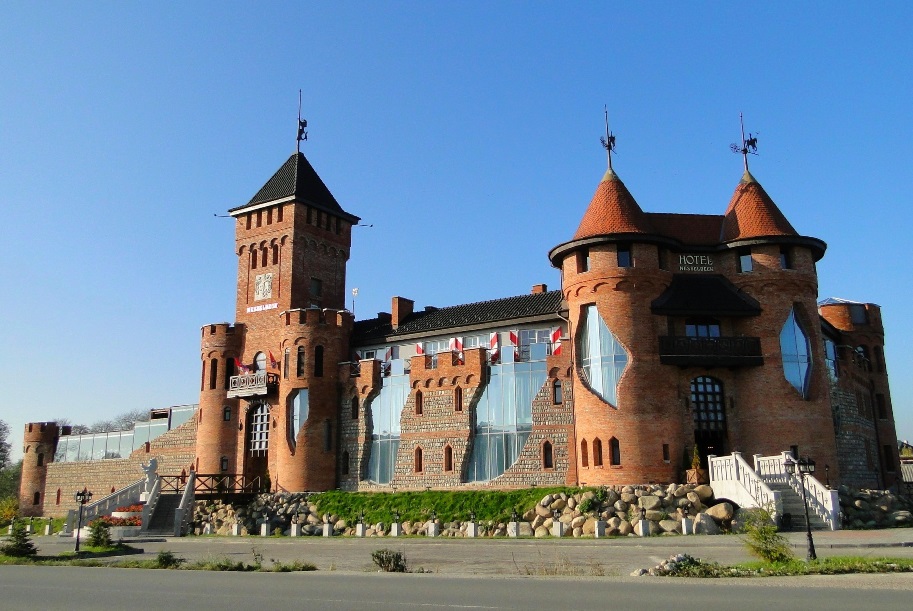 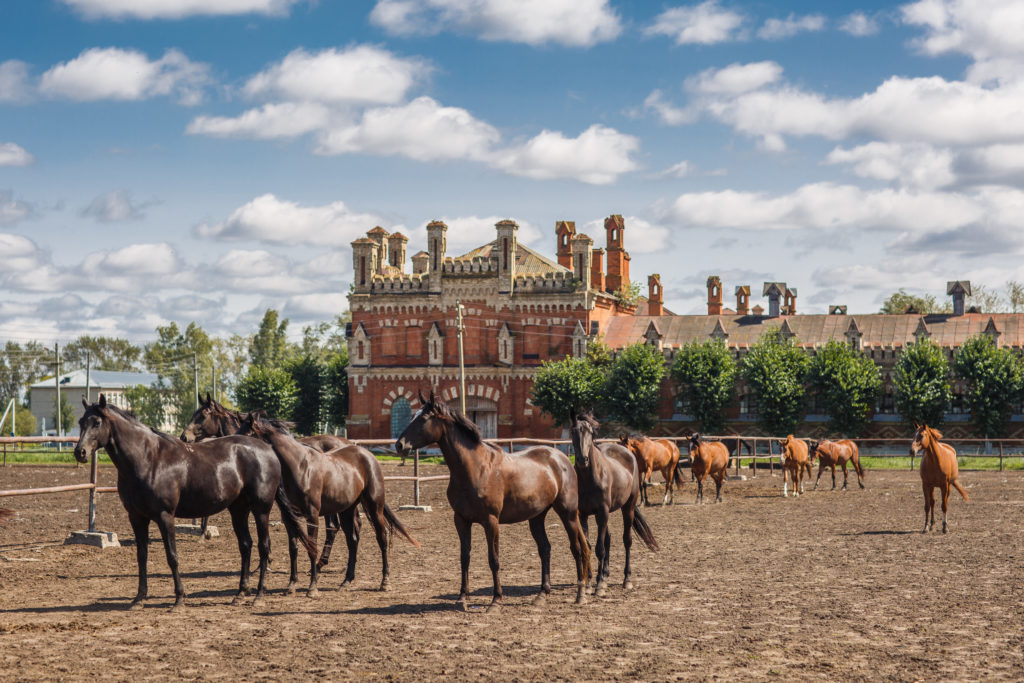