Kamchatka – the city and resort of Krasnodar region, in the south-western part of Russia. The city is stretched along the coast of the Black Sea, close to the main Caucasus mountain range. Sochi is often called the ‘Black Sea Pearl‘ or the ‘Summer Capital of Russia‘. Sochi is the biggest Russia’s summer sea resort, that attracts more than 4 million of visitors every year with its beautifil beaches, mountainous coastline, warm sunny wheather, bright and entertaining nightlife. From May to September Sochi is full of tourists, including the persons of political and cultiral elite of the country. In winter it turns into a popular mountarin and ski resort of Russia.
Sochi was established in 1896 on the place of the Navaginskiy Fort (the former Fort Aleksanriya) and began developing as a sea resort in 1902. Different mineral springs, picturesque coastal and mountain scenery, long pebble & sandy beaches and warm humid subtropical climate have made Sochi a large and popular summer holiday & health resort for Russian tourists. Sochi has lots of hotels, campings, tourist centres and over 50 health resorts & recreation centers.
Sochi became a world known city in 2007, when it won the right to host the XXII Winter Olympic Games in February of 2014. It was the first time when Russia hosted the Olympics since the breakup of the USSR in 1991. Four years later Sochi was one of 11 Russian cities that held the World Football Cup 2018 and a new modern foolball spadium was built there.

We would like to offer you a sightseeing tour “Sochi – the Southern capital of Russia” with a pleasant stroll along the Primorskaya embankment (from the Maritime Station and the Temple of the Archangel Michael to the Winter Theater). During this tour you will get acquainted with the city’s historical center, visit the Spring of the Lenandary Matsesta – the heart of the resort of Sochi, walk through the subtropical Park “Arboretum” with lots of beautuful flowres, trees, statues and pavilions. We can also suggest you the excursion

“Sochi – the capital of the Olympic Winter Games 2014” with a golf cart ride in the Olympic Park at the Imeretinsky resort – external inspection of ice palaces and sport stadiums, photographing at Medals Plaza against the background of the Wall of Champions, the Bowl of the Olympic Flame, etc. Moving to Krasnaya Polyana. A walk by the Gazprom cable car with viewing the panorama of the Caucasus Mountains and the location of the Olympic facilities, with a promenade along the embankment of the Mzymta River at Rosa Khutor resort and

photographing with the mascots and symbols of the Olympic Games 2014, choosing souvenirs. You can also make a tour to the Mount Akhun – the mountain in the Khostinsky district, that is one of the closest peaks to the center of Sochi, a popular natural landmark with an observation deck giving a picturesque and exiting panorama of the Sochi region. The highest point is Bolshoi Akhun (663 meters above sea level), where the famous observation tower, a monument of the 1930s, is located; Small Akhun (501 meters high), Eagle Rocks (380 meters above the sea). In Sochi also there are a lot of

entertaiment places and activities. For example, you can visit the famous Sochi Park, that is a well known park of attaractions. The first large theme park in Russia, that can be interesting for both children and adults. On the territory of 25 hectares, designed in the same fabulous style, 21 modern attractions are functioning. In addition to these attractions, the park has a Dolphinarium, “Sovarium” (place dedicated to day and night predatory birds), “Country Medvedia” (‘Country of Bears‘). The most popular

attractions in Sochi Park are the extreme ones: the Zmey Gorynych and Quantum Leap slides, the Firebird (a 65-meter free fall tower). There are also family entertainments in this attaction park, as well as exclusively children’s activity points, of the most unusual of which are the slides on the waterfalls “Chudo Yudo Riba Kyt” (the Giant Miracle Monster Fish Whale) and a sea battle in reality – the attraction “Buyan”. One more acttraction in Sochi is its “Sky Park”. It is a unique extreme amusement park in one of the most picturesque places of

Sochi – the Akhshtyr gorge, that has been one of the most spectacular and certainly memorable sights of the resort for a long time. There you can visit the observation decks and the adrenaline bridge Skybridge – the longest pedestrian suspension bridge in Russia, 439 meters. If you want more impressions and extreme sports, then the park has a zipline, trolls, bungee, rock climbing wall, Via Ferrata climbing trail, as well as a rope park and a classic climbing wall. For those who loves nature we can suggest walking the Yew and Boxwood grove – the relict forest with the reserved Colchis boxwood and impressive natural landmark of Sochi. There are several scenic routes for tourists, that can be interesting for both – trekking lovers and photographers. 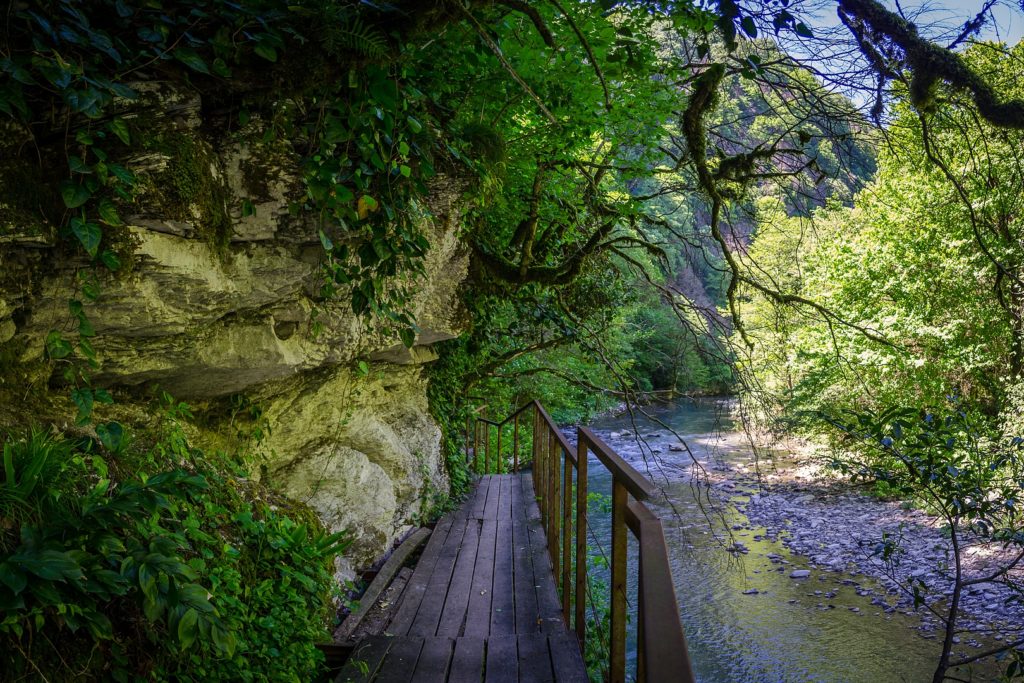 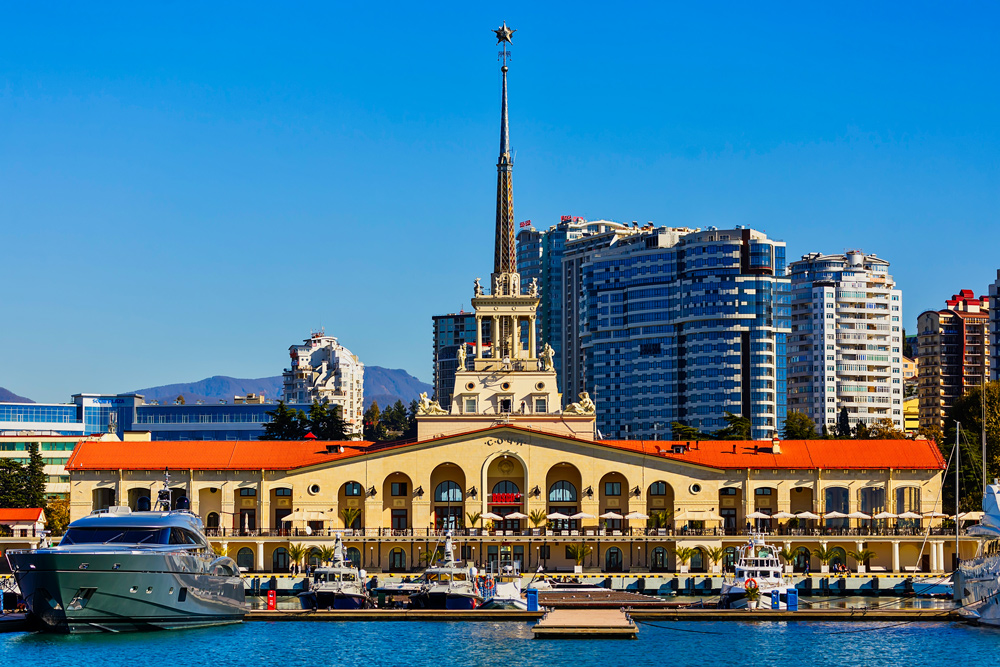 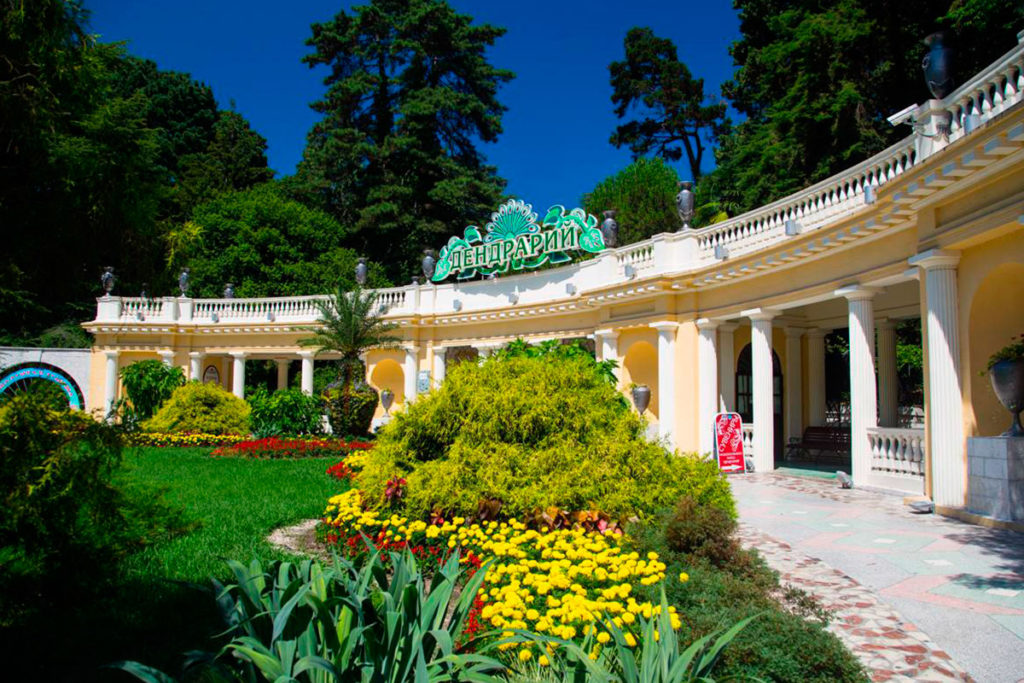 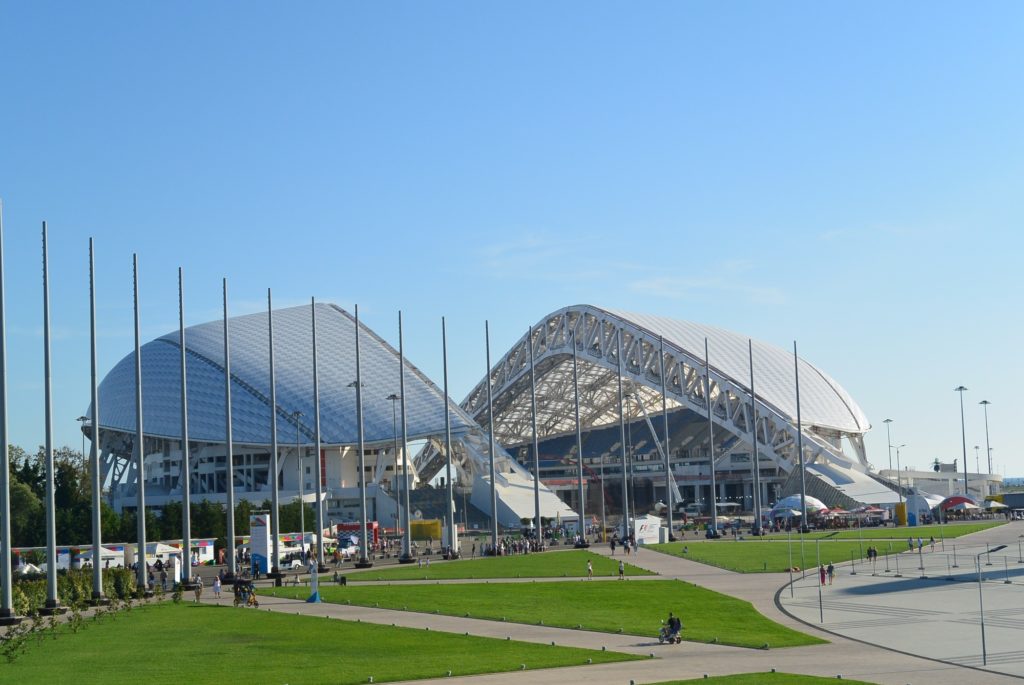