Volgograd is a rather big Russian city and important industrial center, situated on the banks of the river Volga in the South-West of Russian Federation. Volgograd city started its development from 1589, when the fortress of Tsaritsyn was founded at the confluence of two rivers – Volga and Tsaritsa. Thus the first name of the city was Tsaritsyn (till 1925). This fortress of Tsaritsyn was of the great importance and was built to protect newly acquired Russian territory along the Volga river. In the beginning of Soviet times, in the year 1925, the city was renamed to Stalingrad – in honour of Joseph Stalin, who organized the defense of the city in a major battle of the Russian Civil War against the White Guards. Under the name of Stalingrad this city got its world fame during the World War II in the very important Stalingrad Battle, that was a turning point in this war against Germany. Later on, in the year 1961 (after denouncing of Stalin’s personality cult) Nikita Khrushev renamed the city for the second time – and hence this city got its current name of Volgograd as the ‘city on the Volga river’. The city of Volgograd is famous for its history, especially war and military history, that started on its lands even in XIII-XIV centuries in the times of the Golden Hordes and Mamai and was gloriously finished in 1943 during the remarkable Stalingrad Battle. After the Great Patriotic war Volgograd (Stalingrad in those time) got the name of a ‘hero-city’.

During the City Tour in Volgograd you will visit the famous Mamaev Kurgan (with its famous statue “The Motherland Calls”) and the Panorama of the Battle of Stalingrad. Also while this tour you will may sights of the city center such as Lenin’s Square, the house of the seargeant Pavlov, the ruins of the Mill, the Monument to the Alexander Nevsky and etc. You will also visit the Central Embankment, walk along the Heroes’ Alley, the Memorial Park an, the Square of the Fallen Fighters with its Eternal Flame and “Zero Kilometer” mark. Additionally we offer you to visit

a unique Museum “The Memory” (that was also the place of the caprure of the Field-Marshal Paulus). This museum can be called the place of particular importance, as it is a living witness of the military events that took place there in 1942-1943 (during the World War II). In January 1943 the cellar of Univermag Department Store, where the museum is now located, was the headquarters of the 6-th German Army. Later on it was occupied by the Soviet troops and Paulus, who were commanding the German forces, were captured. Today many original

documents as well as pictures and other important exhibits are kept in this memorial museum. There are also presented different instalations – restored interiors of some room and cabinets of German headquarters (with holographic pictures and videos of some persons and events). All this makes this museum not only the memorial one, but also interactive. We can also offer you another tour in Volgograd, named “Zatsaritsynskiy Forstad”, that is devoted to the history and secrets of

another (not central) part of the city – Voroshilovsky district, where you can see many old places and buildings of the city, as there has been preserved a lot of constructions from the pre-revolutionary Tsaritsyn and pre-war Stalingrad (in contrast to the central part of Volgograd). You will walk along the Kniaginskaya Street, where you will see the historical building of former House of the Merchant Shlykov (now the ‘Cossak Theatre’). You will also be shown the former The Ascension Church and the former Market Square. You will visit the Chekist Square (the square

named in honour of KGB security officers and with the monument to them), where the guide will also show you the Monument to the “Dogs-Tank Destroyers” and organize for you guided visits to the Stalin’s Bunker and to the Historical Park “Russia – My history” (new interactive museum, opened in Vokgograd in october 2017, where are represented the very new tecnical forms of presentation of the informartion). Another thematic tour in Volgograd is a tour “Legends of Old Tsaritsin” with visiting the Park and Museum “Old Sarepta” – a unique

architectural ensemble that includes 26 buildings, 23 of which are federal monuments of the XVIII – XIX centuries. This is the largest architectural complex built by the Herngutor colonists, that has survived up to nowaday. During this tour you will also see the famous Volgo-Don-Canal, the unique monument to Lenin (that is mentioned in “Guinness Book of Records” as the biggest monument to a concrete person), the legendary place Lysaya Gora (“Bald Mountain”), the House of Shumilov and some other important sights.

Besides the city tour we can also suggest you the excursions in the suburbs of Volgograd. For example, you can make a tour to the town Kalach-on-Don with visiting the local museum and to the neighbouring village Pyatimorsk with visiting the Monument to Connection of the fronts and walking in the nearby Stanitsa Golubinskaya ( that is a ‘Cossak village’, where the first headquaters of Paulus and also his house were located; this house that has been still conserved till nowadays). 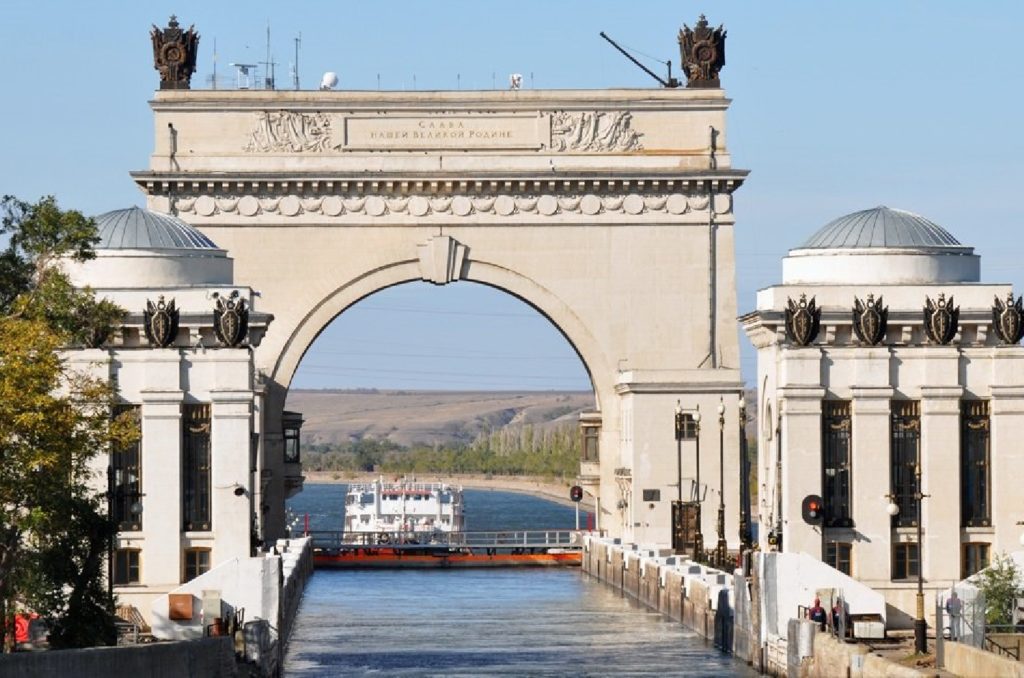 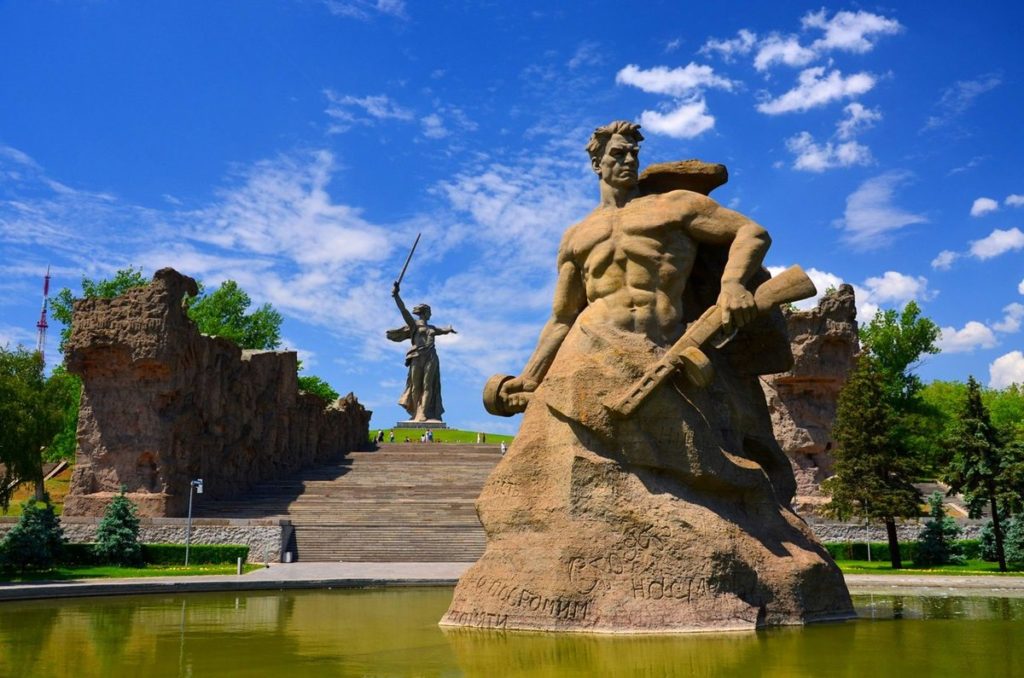 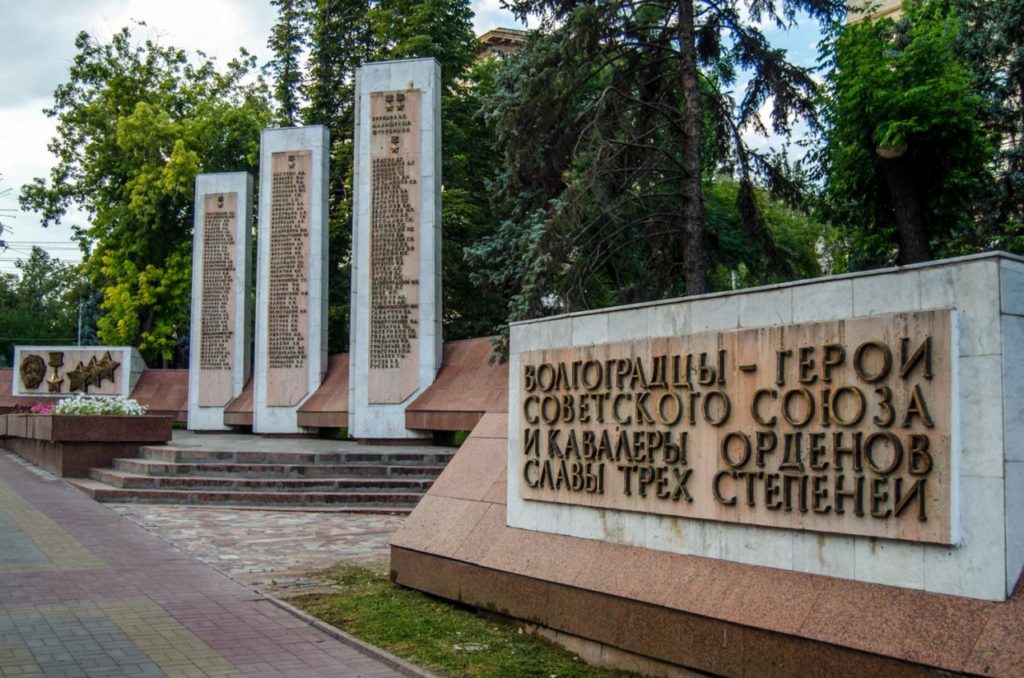 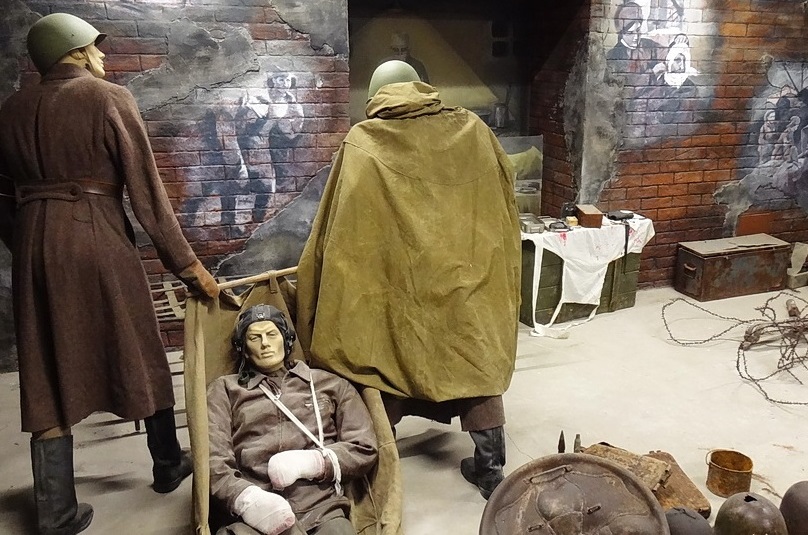